Popular Front members and well-wishers all over the country celebrated this foundation day as Popular Front Day with various programmes on February 17, 2014. On Popular Front Day, every unit of the organization hoisted the Flag and distributed sweets. The District committees organised a rally named as Unity March, followed by a public meeting across the Nation. This year Popular Front Day highlighted the theme “Together for People’s Rights” through pamphlets, posters and public addresses. The past 6 years since the launching of the organisation at the national level, witnessed its entry in to most of the states in west, north and north-east of India. The membership and number of units also have shown tremendous increase. Popular Front has brought to the forefront through various campaigns, issues like menace of communal fascism, gaining political empowerment of marginalised classes, providing reservation in education and employment, stopping atrocities against dalits, tribals and minorities, repealing black laws, ending illegal detentions, reconstruction of Babri Masjid etc.

Bangalore district programme, at the busy Bowring hospital road in the heart of the city started at 3.pm. with parade by 100`s of cadets marching the streets of Shivaji nagar and reached shaivaji nagar stadium, popularly known as chota maidan.

The Shivaji Nagar stadium (chota Maidan) was already abuzz with people from different parts of the city to witness the Popular Front day celebration.

On this special occasion, Mr. Elyas Muhammed Thumbey in his key Note address, said In the year 2007, KFD, NMP and NDF merged into Popular front of India. Since then Popular Front has reached every nook and corner of the country and every day we are witnessing tremendous growth.
He said Our country achieved independence due to the struggle and sacrifices of all communities especially Muslims and dalits. Now called all the backward and marginalized sections of the society to join hands together and rebuild our country.

Mr. Thumbe, National Secretary, Popular Front of India, reiterated that Popular Front strictly follows the discipline, and respects the constitution. Popular Front operates well within the constitution of India, every citizen has right to celebrate and enjoy happy occasion but unfortunately we were made to run pillar to post to obtain permission for this programme and finally with the intervention of honorable Chief Minister of Karnataka Mr. Sidrammaiah we got the permission at the last minute. 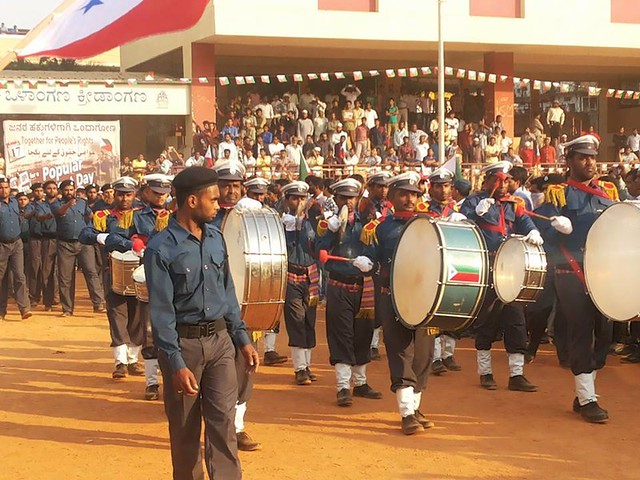 END_OF_DOCUMENT_TOKEN_TO_BE_REPLACED

To get regular update on our Telegram channel